Intuitive Methodology
as a Design-Based Inquiry‍
‍
Drawings as Synthesis
Drawing has a holistic nature to it. I can look at any drawing I did and immediately remember my state of mind, where I was and what was going on with me at the time I made the drawing. Drawing is a trigger for accessing holographic memory because it is a kind of intuitive knowing through the focus of relationships.

Drawing is a method of elimination. Eliminating the unnecessary is to get to the relevant features that resonate with an aesthetic cohesion. The refinement of intuition in drawing happens through the discernment of the patterns of contrasts that form aesthetic synthesis.

Drawing is holistic, embodying intuition and intention with physical circuits and rationality. Diagramming complex ideas is to encode patterns of meaning as they relate to a context of other ideas and concepts that intersect and converge. The result is a diagram encoding holistic memory and relating abstract concepts through vectors represented by lines and shapes.

In Peirce’s diagrammatic reasoning, diagrams are a-signifying rules forming patterns of thought. For Pierce, Abduction is the first function of logic that provides the filter for a line of inquiry. Henri Bergson saw intuition as a focus on a kind of holistic duration. For Deleuze, intuition is a methodology based on universal singularities of intensive and topological thought of the virtual.

‍
‍Diagrams used in the deck of cards represent 12 key elements of complexity theory, geophilosophy,
process-based and materialist philosophy. The intent is to communicate a topological shorthand of emergence. Intuition is an emergent phenomenon that is both the cause and result of experience and is a synthesis of memory and perception.

The 12 glyphs are combined in different ways by way of an overriding operation that is indicated by a binary number.  This open ended system allows for endless interpretations and combinations. On each card back is both a schema and an operation that is predominant. 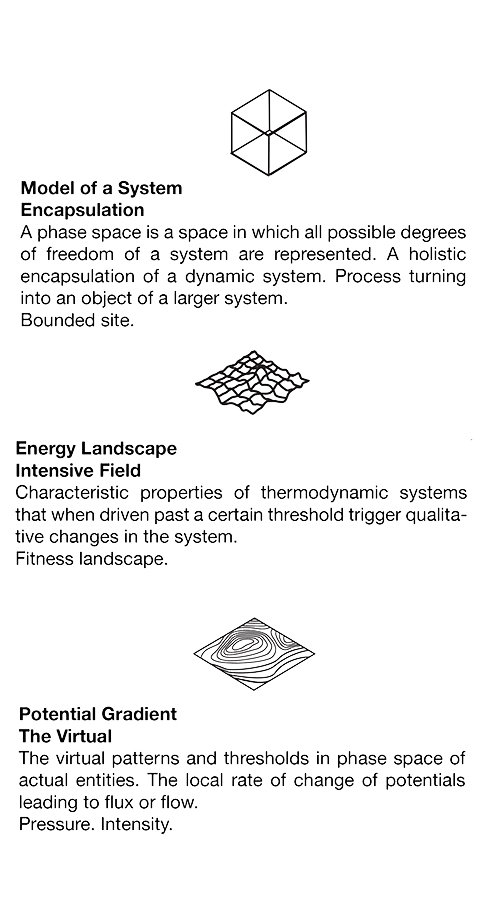 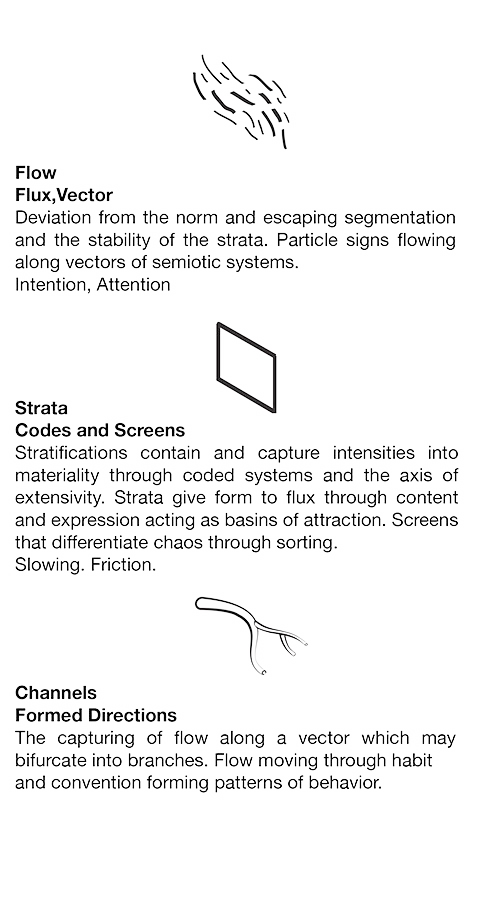 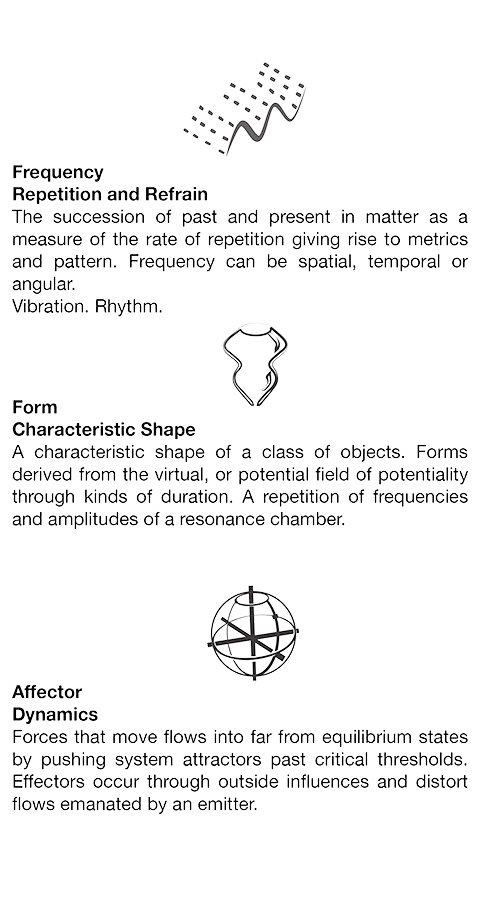 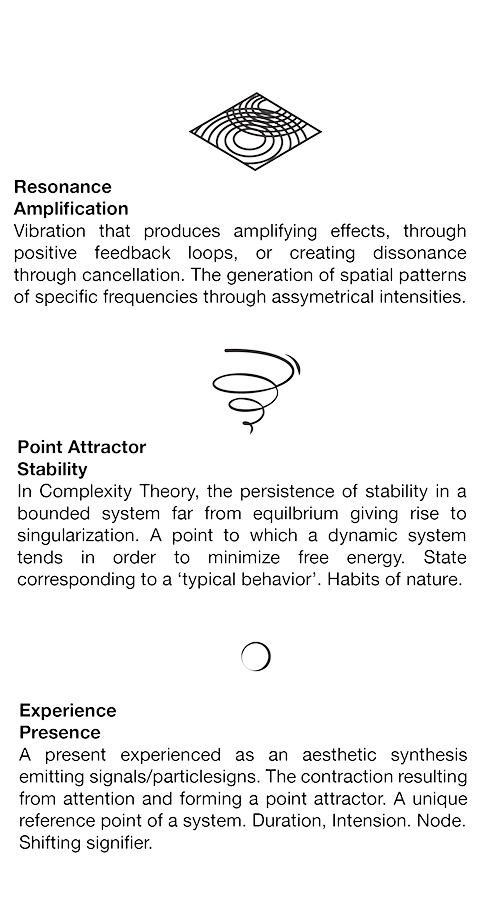 Actualizations of the virtual are carried out through four different operations found in Experiences. These operations define the vectors of movement between the virtual and actual. They can be thought of as tendencies towards different mixtures of the virtual, expressed through vectors, into actual coordinates of spatial relationships.  In the above schema, the virtual is represented as 3 blank boxes. The bifurcation of experience is the first operation creating something; either a recollection or an awareness of the physical. Memory is represented as a space that has been bounded. The physical is represented as 3 objects, indicating the multiplicity of the physical world. Each operation influences the form that actualizes, either mind or matter.

In this scheme, 0 represents virtual potential or No-Thing and 1 represents something, or an actual event occurring. Experience occurs as a mixture of virtual and actual.
‍
‍
000
FLOW
Drift, No-Thing Generating Novelty, Virtual Potential, Holistic and Indivisible Duration, Rate of Change, Speed of Becoming, Outside of Assessment as a Clearing

More About the Diagrams